ATLANTA – June 13, 2019 –  Kristin Oblander, a 25+ year political fundraising veteran of campaigns from the presidential level to local races, is making herself available for journalists seeking informed commentary regarding President Donald Trump’s declaration that he would accept “#oppo research” from a foreign power.

In his interview with ABC’s George Stephanopoulos, President Trump was asked if whether he would take information offered from a foreign actor in the next election, or alert the FBI.” Mr. Trump indicated that he would take the research, while initially indicating he would not call the FBI. 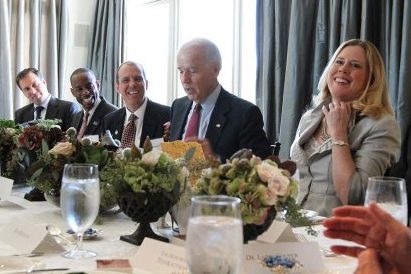 “I want to make one thing very clear,” Ms. Oblander said in a statement. “Opposition Research is an item of value. As such, taking it without disclosing it on the quarterly reports would be prohibited under Federal Campaign Finance Law.

As to how this related to  Campaign Finance Law and Disclosure regulations, Ms. Oblander states, “Campaigns may not solicit or accept contributions from foreign nationals. Federal law prohibits contributions, donations, expenditures and disbursements solicited, directed, received or made directly or indirectly by or from foreign nationals in connection with any election — federal, state or local. There is no grey area here.”