The best, or shall I say worst, way to torpedo your campaign out of the gate is to be so fearful of spending money on professional fundraising that you do not raise the funds required to meet your budget.  It’s that simple.  Let me explain.

My name is Kristin Oblander, President of The Oblander Group. We’re a political fundraising company based in Atlanta. Over the course of our nearly 20 years in business, we have gotten calls from a vast array of people new to politics who seek our help with raising funds so that they can mount a competitive campaign for office.

A few weeks ago, I received a call from a Democratic candidate seeking to challenge a multi-term Republican incumbent. Like many people, they had some questions about our fundraising services. They told me they had interviewed other fundraising consultants months earlier, but decided to not hire any of them due to budgetary concerns.

It was evident from their line of questioning that their main concern was how much we would charge them, not how much more money we would be able to help them raise. Marketing people would suggest that they were too focused on price where they should have been thinking about value.

Indeed, after drilling down into more detail about where things stood with their fundraising, they finally admitted that over the course of 7 months of fundraising on their own without professional help, they had raised a total of $52,000… and now they were effectively screwed.

Okay, it’s mostly about raising money. But what I mean is that while the money is used to pay for campaign expenditures, it also works to show how well the candidate is doing compared to the other people running for the same office.

Do you think that might impact your campaign and how it’s perceived? Do you think that people will be comparing the numbers from one campaign to another? Trust me, they will do that and political reporters, in particular, pour through these financials and use them to write stories – good or bad.

Start with a Plan

With that in mind, let’s return to that caller, the one who felt that hiring a professional fundraising consultant was going to cost too much money. Seven months into the campaign, they had raised $52,000. When people see that figure, they will come to the conclusion that they have no momentum.  What little they have raised was spent, so they have little cash-on-hand. While the press wasn’t writing about the lack of funds raised, they were ignoring the candidate altogether – like they didn’t even exist.

Beyond that, they have lost valuable early time in the cycle to build up their networks and targeting lists.  One of the first things a seasoned political fundraiser will do is to work with the candidate to create target lists of people they know well and develop targeted ask amounts. While a $100 contribution might seem great, if the person giving that would have been willing to give their campaign $2,000, they effectively lost $1,900.

Sure, they could try to circle back and ask for more, but that doesn’t send a particularly good message. It implies that they don’t know what they are doing. It implies that they didn’t really have a plan. It also wastes time because instead of working to attract new donors to the campaign, they are spending time calling back people who could have made a larger contribution in the first place with an appropriate ask. 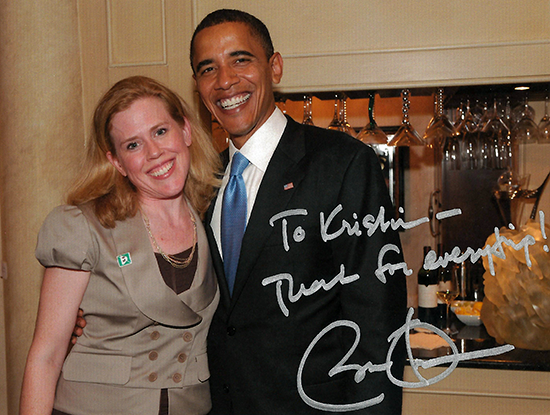 There is only so much time between the time a candidate decides to run for office and election day. If the caller had a solid plan in place, the initial calls could have netted the dollars needed to hire critical staff, conduct polling, create websites and to be present on social media.

Instead of staging professionally run fundraising events in the community, or developing and delivering messaging through broadcast, direct mail, phone banking, email, and social media, this candidate is stuck behind the eight ball, with little time or hope to change the situation.  All because they were so afraid of spending money on an effective and professional fundraising company.

It seemed that the caller would rather that their campaign wither on the vine and twist in the wind – which is exactly where I left them.

Could Anyone Have Helped the Candidate Raise Campaign Funds?

Most competent professional political fundraising companies likely would not take on a client like this for a number of reasons. These are the ones that leaped out to me during our call:

What’s the First Thing To Do for My Political Campaign?

My recommendation is to talk to a professional fundraiser FIRST, before you even file your paperwork register your campaign committee.  Work with them to develop a budget for the entire race, put all the pieces together with them involved from the very beginning.  Then, get out there and work your butt off so that after months and months of fundraising you’ll have the ability to effectively communicate with voters closer to the election.

At the Oblander Group, we’ve done this successfully for twenty years, and we have proven that our strategies and tactics work.  Do this right, and I promise you will not regret adding that line item for professional fundraising services in your budget, because otherwise, it can get pretty lonely out there in the wind twisting on that dried up vine.